PDC serve up a great exhibition at Flat Living Live.

Our exhibition stand at Flat Living Live was very well received. The exhibition was held at the Business Design Centre in Islington on 8th & 9th July. As it was in the middle of the Wimbledon Tennis Championships we had a tennis theme, complete with tennis court, Prosecco, strawberries and cream and our own tennis tournament. Visitors to the stand were invited to play a game of tennis on the Nintendo Wii against one of the PDC team and we gave away some great prizes to the winners. There was also a 'Guess the number of tennis ball sweets in the jar' competition. We enjoyed meeting with everyone who visited us on the stand and thanks to everyone who came. 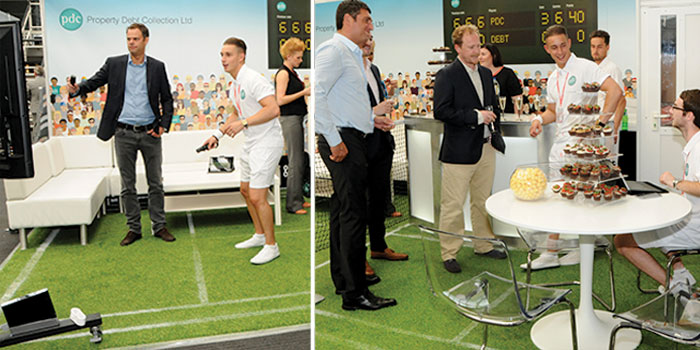 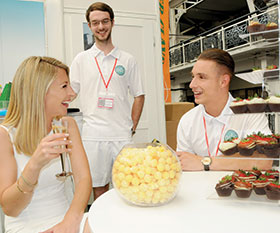 Mr Michael Pilling of Chestertons won the Wimbledon Tour with lunch and Champagne for two by being the closest entrant in guessing the number of tennis ball sweets in
the jar with 449!

Shannon Hughes from Dorchester Ground Rent won a £250 Virgin experience voucher by correctly answering 'Strawberry' as the berry which is traditionally eaten at the Wimbledon Tennis Championships?

The 'Coffee break Teaser' competition feature in our Property Life Magazine which was available on the stand. Correct answers were entered into a prize draw and the winner chosen at random.